The cold winter months are typically peak flu season, right? Well, in humans that’s true. But when it comes to the furry members of our family the flu is a year round canine health concern. It’s vital for every dog owner to know the risks of canine influenza, the dog symptoms to watch for and what to do if you have a sick dog.

The Dog Flu is Treatable

THE FINAL WORD FROM DR. POL

“You’re out with your dog. You see a dog with a runny nose or coughing. RUN! Ok . . . maybe just turn around and walk away, quickly. This thing spreads so fast. Protect your dog by avoiding exposure to the virus when you see it.” 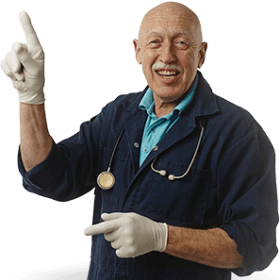 By clicking “Accept”, you agree to the storing of cookies on your device to enhance site navigation, analyze site usage, and assist in our marketing efforts.
More info Accept
Skip to content
This Website is committed to ensuring digital accessibility for people with disabilitiesWe are continually improving the user experience for everyone, and applying the relevant accessibility standards.
Conformance status
Developed by GOUNDER